Kemer is a regional center located 8 km from Camyuva. It boasts a long pedestrian road dotted with several shops, restaurants and cafes. The streets are wide and well maintained surruonded by plenty of trees and flower beds. Every Monday and Tuesday the Kemer Market is set up and local people from nearby towns stop by to shop for the following week’s groceries and other necessities. For a uniquely turkish marketplace experience we recommend you pay a visit. 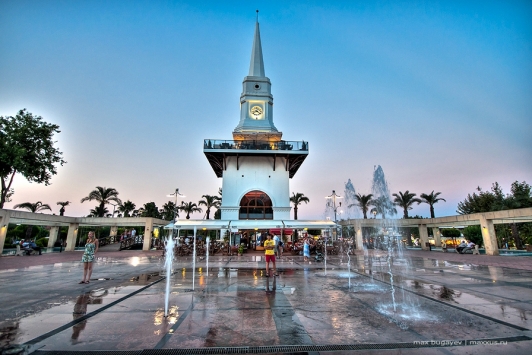 In the town centre you can visit a monument of Mustafa Kemal Ataturk, the founder of the modern Turkey. Nearby there is a white stone clock tower which is symbolic to this seaside town, and the adjacent dancing fountains. You can reach Kemer by public bus which departs every 15-20 minutes.

Mount Tahtalı with the Olympos "Teleferik" (Cable Car) is one of the most popular attractions and sights in the area. It is located near Olympos Valley and about 27 km from Camyuva. The beautiful scenery on the way up makes it a holiday goer’s favourite!

Tahtali Mountain is the highest mountain closest to the sea in the region with an altitude of 2365 metres. Holidaymakers can enjoy the stunning 360° panoramic view of the mountain ranges, beautiful landscape along Kemer and the view of the turquoise sea from the top. The duration of the cable car ascent to the top of Mount Tahtali is 15 minutes. The lower station can be reached by tour operated shuttle services, taxi, or by car. 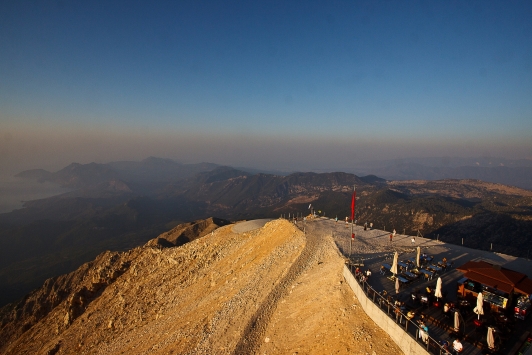 Phaselis is an ancient Lycian city, archaeological site and museum located about 5 km from Camyuva. Sightseeing at the famous ancient city of Phaselis, swimming in the sea shallow seas amongst ancient ruins and taking in the breathtaking surroundings of nature and history make for a truly unique experience.

The Phaselis archaeological site dates back to 7th century B.C. According to historians the main Goddess of the city was Athena, Goddess of war and wisdom. Points of interests at the Phaselis archaeological site include: the temple dedicated to Athena, and the Acropolis hill which is today covered by forest.It is believed that the ancient city of Phaselis was founded by colonists from Rhodes. Phaselis has three ports; on the north, the northeast and on the southwest coast of the peninsula. 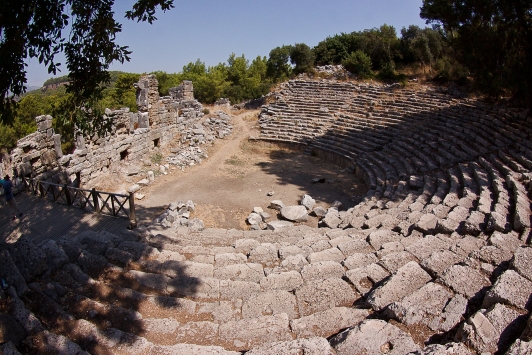 Olympos is an ancient Lycian city located close to Cirali, about 28 km from Camyuva. Olympos was established during the Hellenistic era in the 1st and 2nd century A.C. Visitors will see fortified castles, roman baths and more which were constructed by Venice, Genoese and Rhodes chevaliers. Olympos is also the mountain of mythological gods including Zeus. The ancient city of Olympos’ beach is another excellent place to bathe and take in the impressive surroundings of natural wonder and antiquity.

Close to Olympos is another exceptional tourist attraction — Yanartas (Chimaera). This is a fascinating natural rocky formation where flames burn on the rocks without any apparent fuel or heat source. The ruins of the temple of Hephaistos is also located on this site. Hephaistos is the Greek god associated with fire and blacksmith to the gods. Visitors must climb about 1 km to reach the site of the ruins and fires. Most travellers choose to visit the site at night to watch the splendid occurrence of the flames. 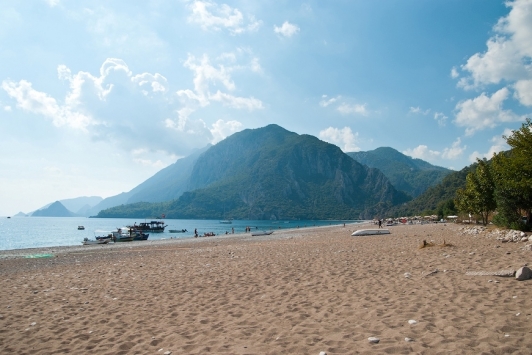 Paradise Bay is another one of the most outstanding places in the region. When bathing at night you will see a bright glow from the depths of the sea around you. Don’t be afraid to plunge in: the spectacular emission is the result of unique microorganisms. When stressed they allocate a phosphorescent enzyme which creates a magnificent glowing halo around them. The local landscape is quite rocky and shale formations are located directly above the beach. If you decide to visit the bay at night, make sure you bring warm clothes with you because when the sun sets it can get chilly rather quickly! 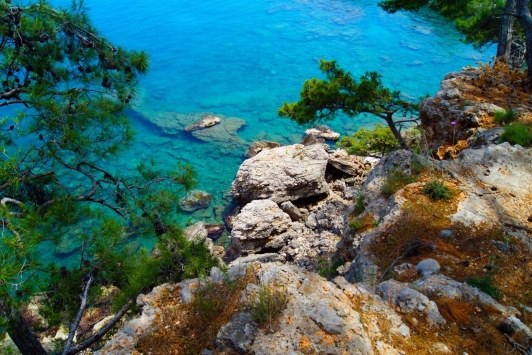 Antalya Aquarium is one of the biggest aquarium complexes in the world. It is inspiring, entertaining and informative all at once. After touring the 40 thematic aquariums you will come across the biggest tunnel aquarium of the world with a length of 131 meters and a width of 3 meters. The Aquarium also boasts entertainment activities including an XD Cinema, a tropical reptile house , Snow World, Fish feeding, Underwater shows and more for children to have fun and learn more about our natural environment. You can end a day of adventure and exploration with a hearty meal in one of many cafés and restaurants at the Aquarium’s entrance and terrace floors. 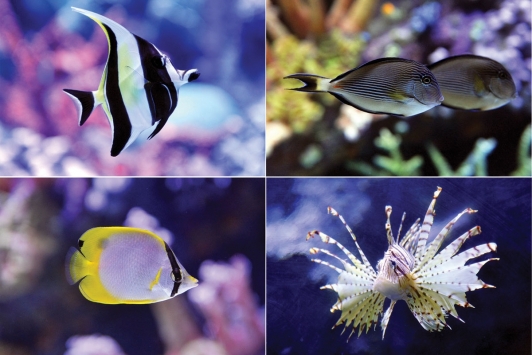 Ulupinar is a traditional Turkish village nestled in the emerald slopes of Mount Olympos. It is a mere 22 km from Camyuva. Here, locals have long used the clean icy water of the mountain river that rapidly descends from the gray peaks of Taurus Mountains for trout breeding in fish farms. In dozens of equipped swimming pools hundreds of thousands of trout are bred every year from this spot and supplied to major retail chains and to five star hotels of the Turkish Riviera. Thousands of tourists come to Ulupinar every month to not only fish in the clear cool waters of the mountain river, but also to relax in one of the many restaurants under the shade of green foliage eating fresh fish and meat that has been expertly baked on a grill. 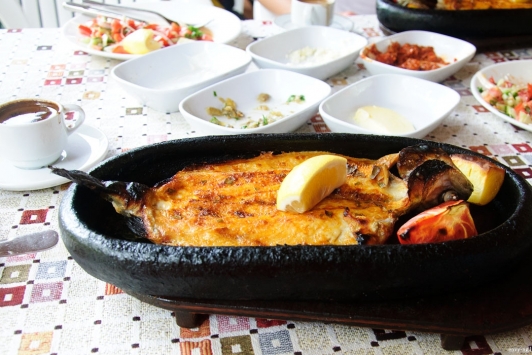 Dinopark is located 15 km from Camyuva, in Goynuk. The park covers an area of 30 hectares and is the largest dinopark in Europe. There are more than 25 exhibits of dinosaurs that move and make sounds. You will find dinosaurs to sit and ride on. On the grounds there is a sand pit where children can take their own shovels, and start digging for the remains of dinosaurs. The park provides specially trained staff who will look after your children, engaging them with stories about dinosaurs. There are also other entertainment areas at the park including football, wall climbing, water football, 7D cinema, ropes, a planetarium, a mini club and a swimming pool with children’s water slides. 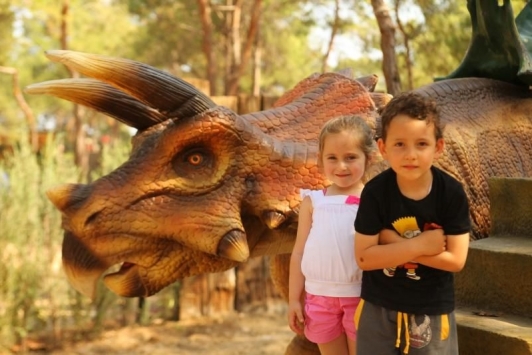